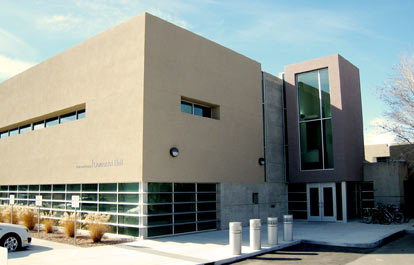 ABSTRACT: Concussion is especially hard to detect because clinicians must rely on self-reported symptoms to diagnose the injury and to determine when an athlete is ready to safely return to play (RTP). To guide the latter decision, many use cognitive testing. However, several studies, including ours, indicate the need to develop more refined cognitive tasks, with better psychometric properties than those currently used to assess concussion. Another option would be to perform the psychometric validation of experimental tasks frequently used in research settings. Further, a recent study suggest that physical exercise can reveal deficits that were not perceptible at rest in one in four athletes, thus indicating incomplete recovery in a significant minority of the concussed athletes. Accordingly, we aimed to develop a valid and easily accessible tool to assess the readiness of a recently concussed athlete to safely return to play, as well as to assess deficits in the protracted phase of the recovery. The tool includes a standardized exercise protocol (20-min on an ergocycle at 80% maximum heart rate) and a cognitive task (color-shape switch task).

We examined the construct validity and the test-retest reliability of the switch task. The results suggest that the switch task is a valid measure of executive functions that shows an adequate test-retest reliability. Further, we measured the practice effect associated with serial administration of the switch task. The results indicate that the performance improves during the first three assessments when the task is completed every 48 hours, with or without the use of an alternative version. Then, we determined that our tool has the requisite sensitivity for detecting cognitive deficits in recently concussed athletes who had successfully completed the RTP protocol. Specifically, our tool detected deficits in 20% of athletes when the switch task is completed at rest and in an additional 10% when it is completed post-exercise. Thus, our tool detects deficits in 30% of athletes who would otherwise have received their medical clearance to RTP. Moreover, we showed that our tool can detect persistent deficits stemming from sports concussion. The post-exercise testing showed deficits in 20% of athletes, deficits that were not detected at rest. Thus, the use of an acute bout of aerobic exercise increases the sensitivity of the cognitive testing.

BIO: Veronik Sicard is a doctoral student in Exercise Sciences in the Department of kinesiology at the Université de Montréal. Under the supervision of Dr. Dave Ellemberg, her current research aims to improve the acute and long-term assessment of sport-related concussions. Specifically, she is developing of a standardized protocol to help determine when an athlete can make a safe return to play. She is also involved in a variety of projects on concussion, including sex differences, sub-concussive impacts, pediatric concussions, slow-to-recover athletes, and ADHD. Veronik presented her work in dozens of conferences across America and won several student prizes. Veronik obtained her bachelor’s degree in microbiology and immunology at the Université de Montréal and studied molecular biology at the Louis Pasteur Institute of the Université de Strasbourg. Upon recommendation by the advisor, Veronik was approved for a fast track to the Ph.D. program.