Addiction research at MRN focuses primarily on two main areas — the striatum (in red) and anterior cingulate (in blue). These areas activate more strongly in response to alcohol and drug cues than they do in response to other appetitive cues, such as a sugary drink.

more about our work with Addiction >

more about our work with Autism >

more about our work with Forensics >

more about our work with Neurodevelopment >

Schizophrenia affects communication between areas in the frontal and temporal lobes (in red). In bipolar disorder the key areas include the inferior frontal lobes and the more “emotional” parts of the brain (not shown). Parietal areas (in blue) can be affected in both psychoses.

more about our work with Psychosis >

more about our work with Traumatic Brain Injury >

Volunteer for a Study >

Headquartered in Albuquerque, New Mexico, MRN is a 501(c)3 non-profit organization, consisting of an interdisciplinary association of scientists located at universities, national laboratories and research centers around the world and is focused on imaging technology and its emergence as an integral element. read more > 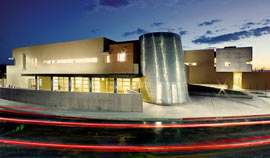 ​Dr. Phillips is a licensed physician who, as MRN's Medical Director, has responsibility for ensuring the safety and ethical conduct of clinical and research operations.

His expertise and research are in functional neuroimaging, pediatric neurorehabilitation, cerebral palsy, spasticity management and the care of children with special needs in Eastern European orphanages. 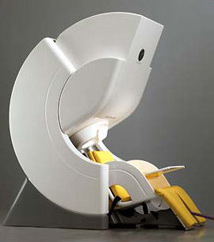 This 306 channel MEG system is comprised of 204 planar gradiometers and 102 magnetometers and is capable of collecting up to 128 channels of simultaneous EEG data at up to 5 kHz sampling frequency. The planar gradiometers provide sensitivity to sources close to the sensor array whereas the magnetometers provide sensitivity to distant sources, including sources originating from the…