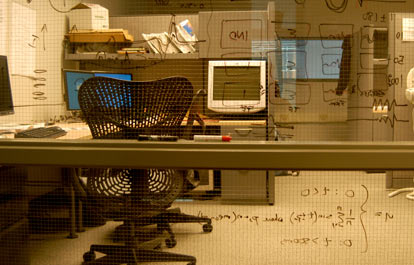 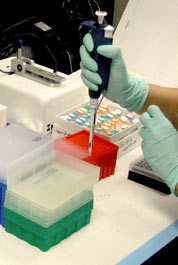 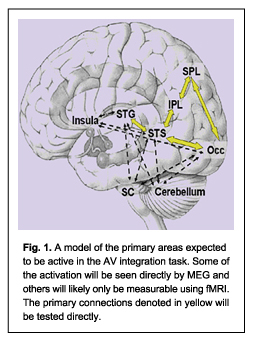 The goal of this project is to study the neural mechanisms underlying auditory and visual integration in patients with schizophrenia (SP) and healthy normal volunteers (HNV) using magnetoencephalography (MEG), electroencephalography (EEG), combined with anatomical magnetic resonance imaging (MRI) and functional MRI (fMRI). Integration of multisensory information is critical to understanding our environment. We consider multisensory integration to provide an important bridge between simple sensory perception and more complex cognitive tasks.  That is, the integrity of a larger, distributed neural circuit can be evaluated without engaging complex cognitive functions, where issues of strategy, for example, often confound the results.  It has been established that multisensory stimulation generally improves reaction times and performance (based on percent correct) relative to unisensory stimulation.  Some reports have shown that SP have slower reaction times to multisensory tasks than HNV. Since the association areas of the temporal lobe are necessary for integration of auditory and visual information, the sensory integration results are consistent with the findings that SP show functional and anatomical differences in the temporal lobes.  We propose to study auditory and visual integration using an ecologically valid paradigm that simulates the sight and sounds of a soccer ball bouncing either near or far from the subject.  The stimuli are presented as auditory alone, visual alone, and synchronous auditory/visual conditions while subjects decide whether the stimulus was near or far with a button press.  Based on known deficits in the temporal lobe, we hypothesize that the responses to combined auditory/visual responses will be impaired in SP. In addition, due to the deficit in the visual dorsal stream in SP, a neural circuit sensitive to where things are in space, we hypothesize a difference in the visual responses to the near and far stimuli in the SP relative to HNV. These deficits may be related to unisensory deficits and/or difficulties in synchronizing activity across widespread regions connected within the circuit.  In this case, asynchronous responses may be evident in the multisensory areas which will be seen differentially in MEG, EEG and fMRI based on the different measures obtained in these techniques.  The complementary nature of these measurement techniques should provide a more complete picture of the differences in auditory and visual integration between SP and HNV.  The long term goal is to identify the local cortical deficits, as well as the deficits in cortical networks, that lead to the abnormalities observed in SP.  With more knowledge about these deficits, we may be able to correlate these deficits with neurochemical abnormalities that can lead to more targeted pharmacological interventions.

Dr. Julia Stephen, PI of Project 2, was trained as a physicist at the University of Minnesota, Minneapolis, at which time she began working in the field of MEG. She went on to perform a postdoctoral fellowship studying basic vision under Dr. Aine.  She received a young investigator award at the International Biomagnetism conference in Sendai, Japan in 1998.  Since then, she has been involved in multiple MEG projects and is fully trained in all aspects of experimental design, analysis and interpretation. The projects include various cognitive and sensory experiments (e.g. delayed match to sample task, recognition verbal memory task, Sternberg visual working memory task, auditory oddball task, median nerve somatosensory task) in different populations (e.g., normal aging, Alzheimer’s disease, schizophrenia, and epilepsy).  She has been developing her expertise in neuroscience, while also developing analysis techniques used to extract relevant information from MEG signals. This involves automating analyses to obtain the onset times and peak amplitude/ latency information necessary to perform quantitative comparisons between populations as well as developing cross-correlation techniques to provide us with more information about how the identified cortical areas are functionally connected.  She has been the PI on two pilot projects designed to compare the results of MEG and fMRI data, with one also including EEG. With her analytical background and the fMRI/ EEG expertise provided by the COBRE mentors, Dr. Stephen will have ample support to perform all aspects of the proposed project. Dr. Stephen is currently a Research Scientist at the MRN.